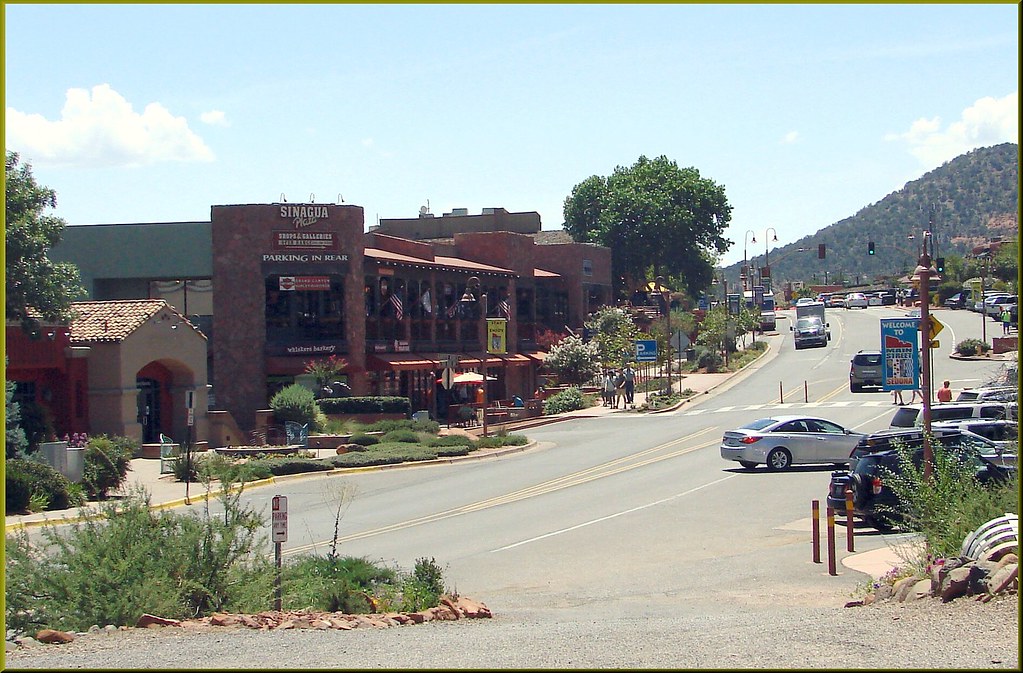 Leading up to those unintended consequences are various factors– ignorance and error are the most common.  In the quest for an ideology of “protecting land” that is already protected, (and much of it Wilderness already) citizens have been misled and many of those doing the misleading want the intended consequence so badly that they are purposefully ignoring any of the unintended consequences. This type of willful ignorance is quite different from true ignorance. For example, the city council has not hired an expert attorney to prepare an impact statement, to the community, addressing all the complications and legal ramifications for homeowners or the city.

In their zeal, to turn Sedona, VOC and Oak Creek Canyon into a National Monument, Keep Sedona Beautiful, Inc. has repeatedly told us, “nothing will change.” But it has been clear in all other cases where National Monuments have been established adjacent to populated areas: Things WILL change.

What are the obvious visible consequences of a National Monument landlocking our Private Property in the Verde Valley?

Infrastructure demands that increased tourism will bring, such as wear and tear on roads, additional parking, lodging, and restaurants. Increased demand on police, rescue, and utilities, leaving the local community to pay for the increased costs and live with the traffic burdens. The only method to truly control traffic would be to restrict how many people can come here using gates in the affected areas.

The management plan for the Columbia River Gorge National Scenic Area (which is a lower designation compared to a National Monument), regulates nearly every detail of private property use, including the color landowners can paint their homes and the species of trees they can plant in their own yard. Living in an area full of near-endangered species leaves us particularly vulnerable to eminent domain abuse and land use losses should we become landlocked in a national monument.

A Verde Valley National Monument Commission would be created to carry out the National Monument’s Management Plan; it would also be responsible for monitoring and hearing appeals of land use decisions. Local counties will be responsible for drafting and enforcing land use ordinances to implement the Federal Management Plan. This is an expensive burden that they can hardly afford.

Zoning and land-use policies become corrupt by adding federal dollars, federal mandates, and federal oversight to the local ordinances, along with an army of special interest groups who call themselves “Stake Holders.”

It must be understood that being inside a National Monument affects all the land in  and around the designated area, not just the federally-owned land! The designation requires a form of contract between state and local governmental entities and the Secretary of the Interior or Department of Agriculture. That contract is to manage the land-use of the region for preservation. That means federal control and zoning, either directly or indirectly under the terms of the “management pact”.

Such “indirect” control is the real danger. In spite of the specific language in the bill which states, “property rights will be protected,” the true damage to homeowners often comes from private groups, non-governmental organizations (NGOs), and preservation agencies which receive public funds to implement the management policies and partnerships. Remember that it is a non-profit, environmental group that has decided what they want our fate to be and has taken away our voice in this illegitimate, faux-public process, while usurping the real elected officials for 80,000 citizens.

While this tactic makes it appear that home rule is in force, removing blame from the federal designation, the control is covertly accomplished and is indeed because of the federally designated area. The net result is that private property owner’s rights are usurped, conditional use permit holders, lease holders and other permit holders lose their right to land use and much of the local land use is brought to a standstill.

Verde Valley has Been Selected for a Great Experiment

Not content to merely create a long list of federally owned and managed lands across America, Big Green has selected the Verde Valley to be site of the first and only cities landlocked inside a National Monument. No such area currently exists! History shows that inholders inside National Parks and National Monuments are evicted through eminent domain or forced into what is effectively theft by creation of regulations that home and property owners find too onerous and expensive, and they are therefore effectively forced to sell.

Many uses that were once unregulated (such as new cultivation) would require permits in the National Monument Area. Landowners would be forced to seek permission from their county or the Commission before initiating any new land use or development; even a garden!

The Proclamation will direct the Forest Service to acquire and exchange lands to achieve the purposes of the Act if the owners wish to sell or exchange their lands. The Monument mandate is to expand.

The federal government installs a new layer of bureaucracy in your life in a highly complex way the average citizen has no comprehension of. The federal government has the final say over what you can or cannot do on your own property. Unintended consequence: The federal government is more likely to reserve land for near-endangered species (meaning it is off limits to you), stop local building and use eminent domain to seize desirable land plots (as with Petroglyph Monument).

Unintended consequence: The amount of privately held land shrinks the population of Sedona and the surrounding area becomes smaller and consists mainly of timeshare visitors and guests at hotel rooms.  Our communities become shells of their former selves, existing to serve the needs of a growing tourist base.

Unintended consequences: Loss of senior water rights (do your own research to find out why you want to keep your senior water rights); potential to have meters installed on your well by the federal government leaving you to pay a bill for water by the gallon. (Tom O’Halleran, the initiator of this move, worked on a plan to install water meters on people’s private wells in VOC.)

Unintended consequences: Loss of conditional use permits by local property and business owners. Loss of heritage cattle ranching in the area. Loss of land use by dogs = your lost enjoyment. More fees and permits to use our public land for activities such as photography and weddings. Loss of some currently existing roads, less access to land. If roads are removed the land can be converted into Wilderness. Loss of currently existing hiking, biking and equestrian trails. Lack of parking for trail access in west Sedona may force the use of eminent domain to create parking lots. Forced use of shuttle systems to visit areas accessible on unpaved roads that you can currently drive to. Make no mistake, if this area becomes a National Monument, it may become a National Park, in time, and it is highly likely over the course of a decade or two to become depopulated, unless you fight back now!

Please get active and visit Preserve Sedona on Facebook for more meeting dates!